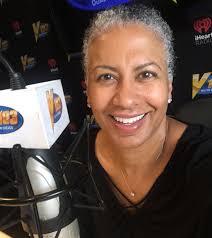 Jeanne Sparrow has spent three decades in media as a 7-time Emmy-winning television host, reporter and radio personality, reaching more than 500 million people. Her career started completely by accident, but it continues on purpose … thanks to good fortune and blessings, her talkative nature and an abiding commitment to the joy of telling other people’s stories and helping them bring their words to life.

She has 30 years of voiceover experience, doing commercials for companies like Allstate, GMC, McDonald’s, and United Airlines. She’s also dabbled in acting, appearing in commercials, and featured on FOX’s Empire, where she played a real-life role of a red carpet reporter, interacting with the stars of the show, Taraji P. Henson and Terrence Howard. 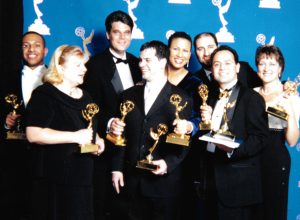 On the corporate side, she has the ear of C-suite executives, top-level managers and business owners who want to know the secrets to achieving more while speaking with confidence. Her high-level consulting includes training in internal and external communication, as well as presentation and media training for non-profit organizations and corporations. Jeanne’s mission is to help her clients become stronger leaders, to know their value and the power of their words to get what they want, and to lead others to success.