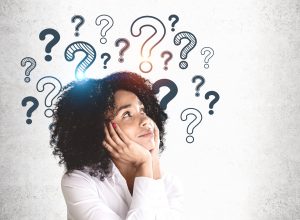 I’ve been having this unsettled feeling lately. I figured out the why but it made me think about that feeling in general because usually I get it when it’s time for me to move on something.

I first felt it not long after I started my broadcasting career in Chicago. I was getting antsy. I felt like I was already stalled out. I wasn’t going anywhere, and I wasn’t gonna go anywhere, and I wanted to negotiate a better deal or find a better job. I tried to find an agent to help me but I was turned down. So I hustled on my own, getting hired full-time for a top Chicago radio station.

Some years later, after I’d moved to television, the feeling returned. I was getting to the end of my contract at NBC5 and I decided I didn’t want to renew. I’d been at the station for five years and had achieved my goal of being on-air every day. I was doing morning traffic and entertainment, along with a host of special projects all year long. But I knew it wasn’t all I wanted for my future self.

Right at that same time, Hurricane Katrina devastated my home state of Louisiana. Family and friends lost their homes and livelihoods in mere moments. I realized that you could work hard your whole life and it could be wiped out without warning. I knew then that my gut feeling was right, I really did need to leave my job, because at that point, I was just working for vacations. I’d been looking online at trips to Hawaii every free moment I had. I thought Hawaii was the answer, but really, I was trying to escape because I had accomplished everything I’d wanted to do at the station and was bored. I left NBC and freelanced in Chicago until I finally got my dream job of hosting my own TV show on WCIU-TV.

All that to say that I used to use the feeling as a premonition but now I draw on it as research. When I get that unsettled feeling, I think to myself: where is this coming from? What was happening when it started? When you answer those questions, they’re going to tell you much more than you might expect. Whether it’s work-related or maybe a relationship or friendship is making you uneasy, if you do the work, you’re going to realize you can’t ignore it. The time has come to move forward, to the side, or to change completely.

I’ve noticed more and more as we get older, that our souls want more and more to align with their purpose and I am the last person to tell you to ignore it or push it to the side. When you feel unsettled, it means that you are meant to do more. Don’t just “live” with this feeling because that’s not living your life, fearlessly, authentically.

Change is hard. That’s where those feelings come from. You can’t change what’s going on around you, until you start changing what is within you. It can be tough because maybe you were just hitting your stride. You think to yourself, “We were doing good, why do we have to go and change things?” But at the end of the day, it’s the only way you move forward and that’s what we do as human beings. We rarely stand still.

If you get that unsettled feeling too, do some investigating; you have to be bold enough, brave enough to say to yourself what you really want and then take the leap!